The in-person classes are on Thursdays, from January 12th through March 2nd

Even though this session is FREE – yes, FREE – we ask that you register so we can accommodate everyone. 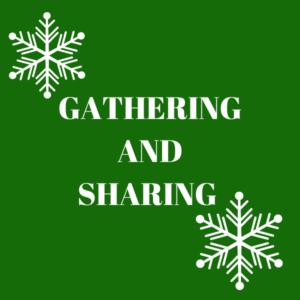 We will have an informal gathering first thing in the morning each Thursday.  You can have coffee and snacks together, catch up with each other, or engage in the informal planned activities.  We will have a bit of bingo, a zap of Zentangle, and a few crazy crafts.  We may even talk a bit about current events!

Feel free to join us whenever you wish.  The Agape group will be arriving before 10 and we will announce our activities in our Weekly Reader email each week so you can decide if you wish to join in.

Mitch Manning has offered this since 2016 at Seniors Enriched Living in Roswell.  His father, Dick Manning, was a musical director at two radio stations, but his dream was to write songs. In 1945 his first hit was “I’ll be Waling with My Honey.”  Dick continued to write hits throughout the 50s and into the 60s.

Mitch’s own foray into the music world began at the University of Miami during the peak of his father’s songwriting career.  He would visit Miami radio stations, urging them to play Dick’s songs – such as Pap Love Mambo, Fascination, Hawaiian Wedding Song, Takes Two to Tango, and others.  Over 400 published songs.  Thus began Mitch’s own career in the record business.

After graduation ad release from his Coast Guard Reserves enlistment, Mitch was hired by Columbia Records as their first trainee.  He spent seven years in sales and promotion with Columbia, then moved on as National Promotion Manager for Musicor Records and their artists – Gene Pitney, The Platters, and George Jones. 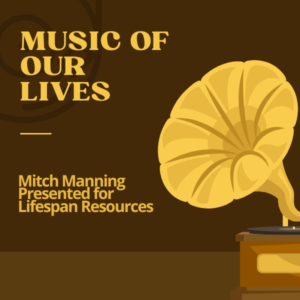 Music of our Lives 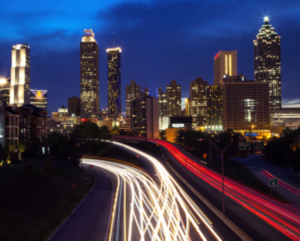 Jennifer J. (“Jennie”) Richardson is a professional musician, retired psychotherapist, author, and historian.  Her last two books are “Historic Druid Hills” and “Atlanta’s Olmsted Linear Park.” She writes for several publications and is editor of the Druid Hills Civic Association News.  She serves as secretary of the Olmsted Linear Park Alliance and is past president of the Olmsted Parks Society of Atlanta and the Lullwater Garden Club.  In addition to playing classical music, her great joy is presenting lectures on Atlanta’s history.

On June 3, 1962, Air France Flight 007 crashed upon take-off from Paris, France.  One hundred and thirty people were killed, including 10 members of the plane’s crew, and 122 of Atlanta’s primary arts proponents and supporters.  The Atlantans had gone to Europe on a trip organized by the Atlanta Art Association for a one month visit to museums. The group was en route home when the crash occurred.  In seconds, Atlanta’s arts community was wiped out. What caused the plane to crash?  What are some of the personal stories of families impacted by the crash.  How did the City of Atlanta react?  You’ll find the answers to these questions and more in this lecture about the Orly Air Crash.

The Winecoff Hotel, located at 176 Peachtree Street downtown was packed with people who’d come to Atlanta to shop for Christmas; with travelers, and with delegates to the Second Youth Assembly at the Georgia State Capitol.  A fire, which started in the stairway on the third floor, soon raged throughout the building, killing 119 guests, and injuring 65 guests. One hundred and twenty people were rescued.  What caused the fire, and made it spread so rapidly? How did survivors escape?  What lasting effect did this fire have on fire safety rules in the United States.  Find out in this lecture on the Winecoff Hotel Fire.

February 23rd –  The Accusation, Trial and Lynching of Leo Frank

Leo Max Frank was the Jewish superintendent at Atlanta’s National Pencil Factory.   When employee, 13-year-old Mary Phagan was found dead at the factory, Frank was accused of the slaying and was arrested and tried. Race relations and antisemitism played a large role in his conviction.  After the death penalty was changed to life imprisonment, a mob broke into the prison that housed Frank and kidnapped him. He was taken to Marietta and lynched.  Was Frank guilty?  How did the death of Mary Phagan revive the Ku Klux Klan in Atlanta?  This class will enlighten you.

How did a tragic theatre fire in Chicago influence the founding of two Atlanta neighborhoods—those of Candler Park and Lake Claire?  It’s a little-known story even to residents of those communities.  But the street names in both communities give hints to what was lost in the Chicago fire, and today, without many knowing the reasons, memorialize the victims of the fire. 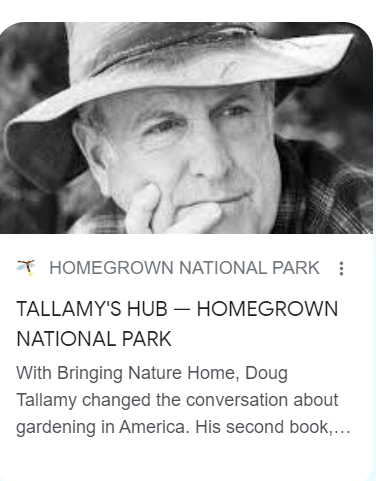 Doug Tallamy will talk about how your backyard can become a national park, saving our planet!   Doug is in Pennsylvania, and he will present his webinar to us over Zoom.  He will present for an hour and then take questions for 1/2 hour.

We also hope to have a local family who can share their experience in creating  their own wildlife preserve in the back yard.

“Chances are, you have never thought of your garden – – indeed, of all of the space on your property – – as a wildlife preserve that represents the last opportunity we have for sustaining plants and animals.”  Tallamy’s Hub  click to learn more.

“We are at a critical point of losing so many species from local ecosystems that their ability to produce the oxygen, clean water, flood control, pollination, pest control, carbon storage, etc, that is, the ecosystem services that sustain us, will become seriously compromised.”

We are thrilled Chef Bob will be able to cook for us.  We already know he’s a great chef.  We will publish the menus here and each wee in the Weekly Reader.  YOUR $15 LUNCH IS INCLUDED IN YOUR FREE WINTER SESSION EXPERIENCE.  You are welcome to make a donation if desired. 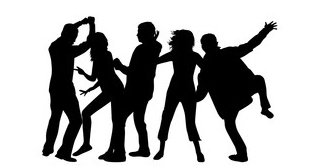 Our line dancers LOVE Rose Haven and our dancing experience.  Rose is an excellent line dance leader who helps you have fun and adapt to the needs of your body.  Come and enjoy the music, the laughing, the dancing and the fun.