How It All Got Started 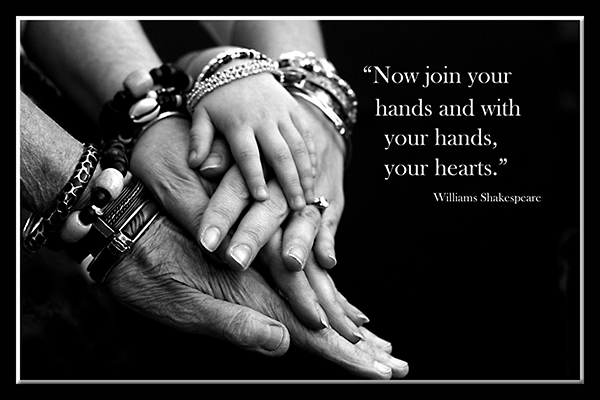 When you read my front page article on the Spotlight, you might wonder how and why I took that path and where all of that came from.  I felt like I should give you a little background here.  As the article says, I participated in a group at the  Atlanta Regional Commission Area Agency on Aging dealing with ageism.  It is a powerful project, and we have discussed some of the material in our Older But Still Getting Wiser series.  Here is the link to the full study – and it is truly worth you time to read and look at.  The resources at the bottom of the front page are amazing.  Their description of how our society and the media portray ageing was eye opening for me, while at the same time, putting a name to something I had experienced personally.  When I finished reading it, I felt like I had found a key to a door I could not open—an answer to a riddle I could not solve.  I was exhilarated.
As the meetings and conversations continued, I couldn’t get behind the idea that the answer to ageism was a better PR approach. I couldn’t put my emotional energy behind trying to come up with more positive metaphors for describing aging, like seasons or mountain ranges.  The terms momentum and longevity, older adult versus elderly, while more positive and forward thinking, did not describe the “radical ambiguities” of aging that I experienced and saw around me.

So I did what my father the school teacher taught me to do when I was trying to understand something more fully.  Look it up.  Read about it.  See what others think.  I decided to go exploring.  And I have been exploring for the last several months. And I began by listening to the people who really were old—both the ones I knew and the authors we don’t often think about.

At the very beginning of my search, I came across an article in the New Yorker by Ceridwen Dovey.  It wasn’t all that recent – 2015, actually – but the title caught my attention.  “What Old Age is Really Like.”  And then her introduction told me that I had found a real gem.  Dovey had been working on a novel where the protagonist was over 80 years old.  When her editor expressed his disappointment that the character was “only old” she realized that she hadn’t done a very good job of bringing him alive.  It leads her to this insight.

Why did I so blithely assume that I had the right to imagine my way into old age – and that I could do it well – when I would approach with extreme caution the task of imagining my way into the interior world of a character of a different gender race or class?  Had I assumed that anybody elderly who might happen to read the book would simply be grateful that someone much younger was interested in his or her experience, and forgive my stereotyping? (Dovey, p. 2)

So Dovey started listening to the aged.  She takes the reader through one of the most amazing surveys of the literature by older adults that I have ever read.  I highly recommend this article to all of us who think we understand the process of aging.  Here is the link to the article.   I am still making my way through all of the authors and writing that she discusses, mentions and describes, but it has had an amazing influence on my thinking.  I was reminded that aging is truly as varied, complex, layered, freeing, enthralling, enraging and challenging as there are old people.  Old isn’t a curse word or an insult.  It is a fact of life. And it is full of “radical ambiguities.” (Segal, p. 4)  Here are some of the things I learned.

If you want to know about growing older, LISTEN TO THOSE WHO ARE.

The old have the best view of aging.  Who would have guessed?  Seems basic, doesn’t it?  The very ageism we were talking abut stomping out in all of our meetings we were actually committing ourselves.  We didn’t need a metaphor or an analogy, we needed an army of aged people who can talk about ALL of their experiences.  So I started reading older authors, listening more closely to all of you, and bringing the process of aging up in conversations.  The experience has been informative, discouraging, and inspiring.

Ursula Le Guin has what for me was the best story on this topic.  She takes on the saying “Getting Old Ain’t for Sissies” in her article The Sissie Strikes Back found in her book No Time to Spare. She actually thinks that “Old Age is for anybody who gets there.” (Le Guin, p. 9)  And she has never heard anyone over 70 use the saying “you’re only as old as you feel.” (Le Guin, p. 8)  But her best observation is about the Sissy poster.  Here is what she would like to see instead.  “I’d like a poster showing two old people with stooped backs and arthritic hands and time-worn faces sitting talking, deep, deep in conversation.  And the slogan would be ‘Old Age Is Not for the Young.’” (Le Guin, p.11)

Speaking Aging is the way to reclaim it

Lynne Segal, in Out of Time:  The Pleasures and Perils of Aging (2013) wrote “Old age is no longer the condition that dare not speak its name, but we have a long way to go before we can joke that it is the identity that refuses to be silent.”  (Segal, p 693)  Aging isn’t Voldemort (sorry about the Harry Potter reference, but I couldn’t help it).  We can say the name with joy, fear, and all the ambiguities it entails.  Speaking a name takes back its power.  Lets talk about aging honestly, realistically, and most importantly, let’s share the truth about all the ambiguities—fears and joys, freedom and restriction, challenges and successes.

Segal also addresses the impact of generational warfare, an approach that has become a more common response to the growing number of older adults living in our country and the world.  Bruce Cannon Gibney’s latest book A Generation of Psychopaths:  How the baby boomers betrayed America is yet another example.  As Segal points out, while our personal experiences are divergent and nuanced, the pitting of generations against each other as homogeneous groups continues unabated – and has a significant impact on our conversation about and attitude toward aging.  (Segal, 2013)

As I went through this journey, I kept trying to grasp a concept that would help explain my own feelings of ambiguity and confusion as I age.  I am no longer the 20 year old I was—and yet I still am.  That 20 year old is with me as much as the 50 year old—and on.  Lynne Segal again says it best.  “As we age, changing year on year, we also retain, in one manifestation or another, traces of all the selves we have been, creating a type of temporal vertigo and rendering us psychically, in one sense, all ages and no age. “ (Segal, p.185)

I have now started to experience Penelope Lively’s Dancing Fish and Ammonites, which begins with “This is not quite a memoir.  Rather, it is the view from old age.” (Lively, p. 1) Her discussion of aging is at once humorous and wise, as someone who can talk about aging from personal experience.  Lively speaks of aging with such clarity of experience.  I learned a great deal from what I have already read.  As she so eloquently says,

We have to get used to being the person we are, the person we have always been, but encumbered now with various indignities and disabilities, shoved as it were into some new incarnation.  We feel much the same, but clearly are not.  We have entered an unexpected dimension; dealing with this is the new challenge. (Lively, p. 7)

And finally Stanley Kunitz, the poet laureate in his poem “Layers.” “I have walked through many lives, some of them my own, although some principle of being abides, from which I struggle not to stray…..live in the layers, not in the litter.”

Aging is about adding layers.  Defeating ageism is when society believes that connecting with the old includes the great privilege of connecting with their present as well as the many layers of their past.   I am honored to have that experience with all of you.